It’s his most personal album to date and a fifty-minute musical trip with a No-Nonsense Rotterdam feel. An incredible driving rhythm section with drummer Satindra Kalpoe and bass player Robin Koerts supports ‘sound-waves-thrower’ turn-tablist ENI-LESS and the trumpet of Arthur Flink. The music is rooted in jazz, coloured by DUB and influenced by pop-music.

In spring 2019, ‘IT’S DANGEROUS’ was released on Social Beats. All eleven songs have been recorded at the Social Beats Studio as well as produced and mixed by Phil Martin. The tracks were recorded directly to tape to capture all intricacies of the group as they play. Influenced by Funk, Disco and Drum ‘n’ Bass, all the elements were thrown in the blender and resulted in the unique sound of FLiNK. This record was released on all known digital platforms on 22nd March 2019 and directly after that, a limited edition Vinyl will be released soon!

The album is available as a cd, on vinyl and can be enjoyed digitally like below, on the digital platforms. 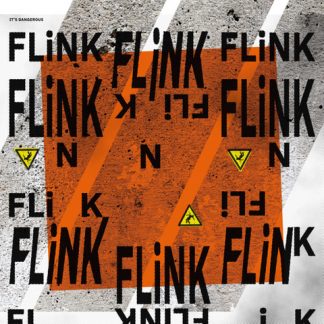