In September, 2007 the second 7” record, with Dutch Soul singer Jimi Bellmartin, is released.

In the early 70’s, with funky songs like ‘So Fine’ and ‘Moviestar’, Jimi Bellmartin stormed the charts and even held the #1 position in Latin America for weeks. During the past decades, he toured with people like Eric Burdon, Percy Sledge and Lou Rawls. The CD ‘Dutch Rare Groove’ brought Jimi back into the limelight in 2005 with his own vintage Soul tracks. Last year, he toured all the major Dutch venues and brought the soulful Dutch hits from the Seventies back to life successfully, together with musicians like Oscar Harris, Peter Smidt and Louis Debeij. The days Jimi Bellmartin can be found regularly on stage with the Dutch Soul & Funk outfit: The Soul Snatchers 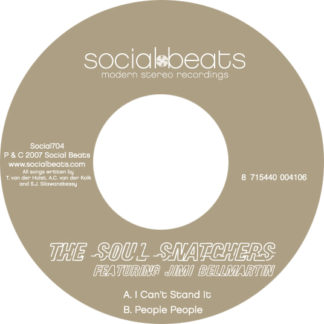