Bring On The Good Times

“Bring On The Good Times” is the debut album by Dawn Patrol, a brand new Dutch collective led by the prolific producer, songwriter and musician Phil Martin (Jazzinvaders, AIFF, Martin & Garp) sets out to explore the essence of West Coast music, a late 70s Softrock spirit and European pop sensibility.

The band put the spirit of “Bring On The Good Times” in their own words: “Once upon a time, with the moon in Virgo, a rare event took place which we now refer to as the Close Encounter of the Human Kind. ‘Alchemist’ Phil Martin, his partner in crime Garp, ‘Free Radical’ Baer and Rikki & Rudy met in person during an era that was characterized by distance. What these characters have in common is a mission to make the environment and life in general a little more enjoyable, humane, so to speak. On his sentimental journey to nostalgia, years prior to this event, Martin seemingly coincidentally ran into Garp. Both Martin & Garp had always suffered a certain discomfort with the present. Music and sounds of the past always made them feel happier and more in touch with their souls.

What had once started as a refuge from their life and times, turned into an odyssey to divine harmony. In his ancient Man Cave, situated in Thuredrith, Phil Martin had for years successfully worked on numerous creations until one day, he found himself at a roadblock. He believed what was missing was the Free Radical. The Free Radical is a highly sought-after entity, an errant Knight. Although dangerous on its own, when combined with the right components, it sublimates into the most noble of elements. Meanwhile, the People of Marutyri, for generations notorious time travelers and explorers of the vast Valley of Sound, spawned two highly talented descendants, called Rikki & Rudy.

In their quest for the divine melody, Rikki & Rudy crossed paths with the Free Radical and a sense of bliss was felt by all. Oblivious to the fact they had just experienced the start of an extraordinary and life changing process, the Free Radical, now dubbed “Baer”, decided to join the young pioneers on their path. Subsequently, an immense and vibrant energy was unleashed onto the airwaves, while the trio set course for destinations unknown. These intense vibrations hadn’t gone unnoticed by the refined senses of Martin & Garp, of course. It was like a rejuvenating breath of air which drew the duo to intercept the trio whilst on their journey. It was the crack of dawn, when The Alchemist cooked up a potion enabling all involved to take part in the same Magical Mind Excursion without ever having to meet. Dawn Patrol was born: Divine Harmony – Radicalism – Divine Melody.” 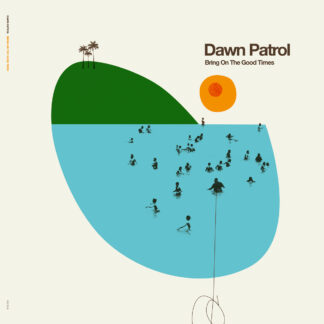