Mmmmm….nice! A new album from the dutch dj/producer Phil Martin. In 2001 he released his debuut album “Mystical Funk” and has been trying to define his musical extence. His debut album was put together with a sample-machine and synthesizers, now he is backed by some great jazz and pop musicians from the Netherlands, Danmark and Bulgaria. Phil races through a selection of ten songs composted by himself and the Danish singer Mette Burild. All songs showcase the producers diversity, inventiveness and understanding of the groove. He offers you an encyclopeaedic knowledge of rhythms and sounds through the ages of groove-music. Here you’ve got it all, funky, jazz, bossa, afrobeat and even 80’s disco. On this album, Phil ranges from smooth jazzy vocal songs, through instrumental afrogrooves, to the present of electronic beats. His music is peaceful with gentle percussion, sweet guitars and mellow saxophones. Phil Martin is messing around with all the great sounds of the world without getting into this so-called “worldmusic” category. The vocal delights of Mette Burild and Harvey add gravity to his album. Although there’s a lot of eclectic music around these days, lovely touches allow this record to remain steps ahead of the rest. This music makes a smile on people’s faces and a shake their tails. 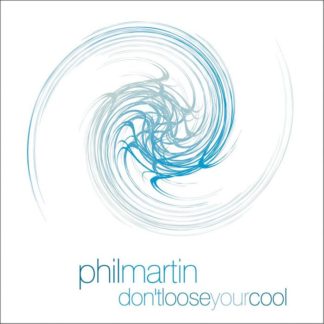