Real Soul Music never dies. That’s what the insatiable musicians of the Dutch band The Soul Snatchers prove every time since 2006 as they treat a swinging crowd to their timeless, down to earth funk and soul tunes that find their roots in the sexy Sixties and Seventies of the 20th century.

Where y’at ? In spring 2016 the Soul Snatchers released their 3rd full album titled ‘Where y’at ?”. Even heavier than before, the listeners is treated to some New Orleans flavors this time. Some Soul Snatchers went to visit Nola earlier and decided it was about time to bring more crescent grooves into the recording process. That’s exactly what happened but as always, the Snatchers mixed it up with everything they like as long as it grooves. One can expect an album full of Soul & Funk with some greasy Nola flavors on top of it. Yet another Finger-licking sensation with vocalist Curtis T. and the one and only legendary Dutch Soul Singer: Jimi Bellmartin. 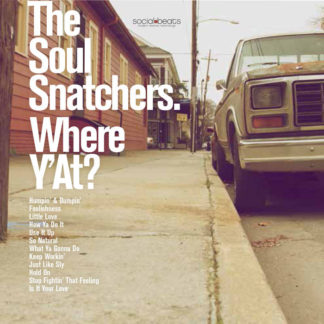