Recently Secret Molecules released their first single ‘Take Me To The Underground’. The song is a good example of the catchy, enthusiastically energetic poprock the band likes to make. Friday July 1st 2022, they proudly presented their full self-titled debut album.

Secret Molecules is a brand new band whose members are all seasoned musicians that have played in numerous other Dutch bands from the city of Dordrecht, a city just south of Rotterdam. The core of the band consists of Otto van Gemert, singer/guitarist of Fervid and Black Tie Electrons, Casper Rosenquist, drummer of Fervid, Weissmuller and L’Appel du Vide, and Ton van der Kolk, bassist in bands like The Soul Snatchers, Trio Koko and The Jazzinvaders. Also contributing to the sound of Secret Molecules are Eefje Mesker (backing vocals), Govert van der Kolm (hammond organ, also plays in King of the World) and Edwin in’t Veld (guitarist, session musician, ED).

Because of a lack of gigs due to Corona, the Molecules had time on their hands and decided to put it to good use. They joined forces and wrote lots of inspired material, more than enough to book a studio and to produce a fresh and exciting debut album. This album is brimful of compact, catchy songs that have smart harmonies, big choruses and slick chord progressions. You will want to turn up your radio and let this record be the soundtrack of your summer! Because of the great mix by Phil Martin and the wonderful mastering done by Edwin in’t Veld, the songs really pop out of your speakers. We love it and we hope you do too! Secret Molecules are influenced by bands and artists like Tom Petty, The Beatles, Teenage Fanclub, The Jayhawks, The Smiths, Travelling Wilburys, REM, Crowded House, Weezer and many many more.

Secret Molecules will – just like all other Sheephead Records releases – be available on all popular music streaming platforms like Spotify, Deezer, Tidal, YouTube, Bandcamp, Apple Music and many others. A physical release will follow later this year.

We hope you enjoy listening to what we think is a fantastic new addition to our label and the Dutch alternative pop/rock scene and we would love to hear or read about what you think of Secret Molecules.

If you prefer a bandcamp purchase, see below. 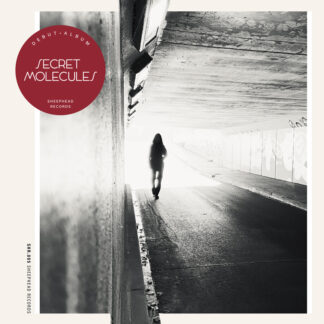